Donald R. Taylor has 30 years of mineral exploration experience with precious and base metals on five continents, taking projects from exploration to mine development. He is the recipient of the Prospectors and Developers Association of Canada’s 2018 Thayer Lindsley Award for the 2014 discovery of the Taylor lead-zinc-silver deposit in Arizona. Mr. Taylor has worked extensively for large and small cap companies, including Arizona Mining, BHP Minerals, Bear Creek Mining, American Copper and Nickel, Doe Run Resources and Westmont Mining Company. He is a Licensed Professional Geologist in several eastern and western states and a qualified person as defined by National Instrument 43-101. Mr. Taylor has a Bachelor of Science degree in Geology from Southeast Missouri State University and a Master of Science degree from the University of Missouri at Rolla.

Michael McClelland has over 15 years of experience in accounting and finance. He was formerly the Chief Financial Officer of Bisha Mining Share Company, an operating subsidiary of Nevsun Resources. Prior to that he worked for Goldcorp as the Mine General Manager at Wharf Resources (now owned by Coeur Mining), and prior to that was Director of Finance, Canada and USA. Mr. McClelland started his career at KPMG LLP as a Senior Accountant with the mining group. He is a Chartered Accountant and has a Bachelor of Arts in Economics from Simon Fraser University in British Columbia, Canada.

Purni Parikh has over 25 years of public company experience in the mining sector including corporate affairs and finance, legal and regulatory administration, and governance. Ms. Parikh joined Bullfrog in October, 2020. She is President of the Augusta Group of Companies including Titan Mining Corporation, and Senior Vice President, Corporate Affairs of Solaris Resources Inc. Ms. Parikh was previously Senior Vice President, Corporate Affairs and Corporate Secretary of Arizona Mining Inc. and Newcastle Gold Ltd., and Vice President, Corporate Secretary Augusta Resource Corporation and Ventana Gold Corp. prior to their acquisition. Ms. Parikh obtained a Certificate in Business from the University of Toronto and a Gemology degree. She holds the ICD.D designation from the Institute of Corporate Directors, and has worked extensively with boards.

Johnny Pappas has a distinguished career in the field of environmental management and permitting. Mr. Pappas recently, from January 2016 to August 2018, held the position of Vice-President, Environmental and Permitting for Arizona Mining where he directed the permitting of the Hermosa Taylor Deposit Project, Director of Environmental Affairs for Romarco Minerals Inc., from September 2009 to December 2015, where he was instrumental in directing the federal and state permitting of the Haile Gold Mine; the first gold mine permitted east of the Mississippi in the last 20 years. He was previously, from May 2008 to August 2009, the Environmental Manager of the Climax Mine. In addition, he has held several Senior Environmental Engineer positions with PacifiCorp, Plateau Mining and Santa Fe Pacific Gold. Mr. Pappas holds a B.Sc. degree in Geology and Business Administration. Mr. Pappas is recognized as a leader in his field and has won numerous awards including: the 2003 “Best of the Best” Award – awarded by the Department of Interior’s Office of Surface Mining in recognition for extraordinary personal commitment and outstanding contribution for the reclamation success at the Castle Gate Mine and the 2003 “Excellence in Surface Coal Mining Reclamation” Award.

Tom Ladner joined Augusta Gold Corp. in November 2020 as Vice President Legal. Mr. Ladner is also Vice President Legal for the Augusta Group of Companies, including  Solaris Resources Inc. and Titan Mining Corporation. Prior to joining the Augusta Group, Mr. Ladner practiced law in the Securities and Capital Markets group of a major Canadian law firm. Mr. Ladner has advised on multiple M&A transactions valued in excess of $1 billion and more than 25 public market financings raising in aggregate more than $750 million. Mr. Ladner has his Honors in Business Administration (with distinction) from the Richard Ivey School of Business and his Juris Doctor from Western University. 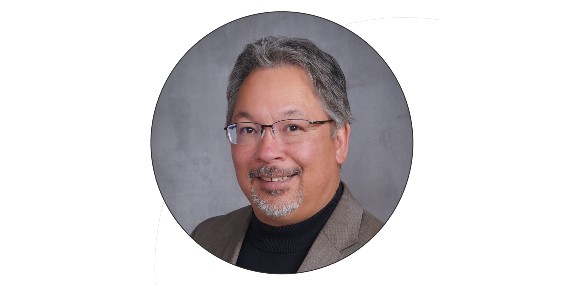 Jim Wickens brings over 35 years of experience in mining and operations.  He has spent most of his career in operations with major gold producers Placer Dome and Barrick Gold in Canada and the United States.
He was the Process Manager for Haile Gold Mine through the feasibility study and detailed engineering phases of the project.  In addition to operations, Mr. Wickens has worked as a consultant to the mining industry in the fields of equipment supply and metallurgical laboratory testing. Mr. Wickens is active at the SME section level, serving as the current Chairman of the Nevada Mineral Processors subsection of SME.
In 2022, Mr. Wickens was awarded a SME President’s Citation for Individual Service for his work pioneering the Nevada Mineral Processors Subsection. He obtained his B.A.Sc. in Mining and Mineral Process Engineering from the University of British Columbia in 1987.